With round about 2,500 employees, around 150 of whom are trainees and dual students, the Nordenham plant acts as Premium AEROTEC's centre for shell and section construction and large sheet metal production. Nordenham is one of the world's most modern production facilities in the integrated shell production sector. Other major activities at the Nordenham plant include profile forming, stretch forming metal structures with large surface areas as well as CFRP adhesive technology. 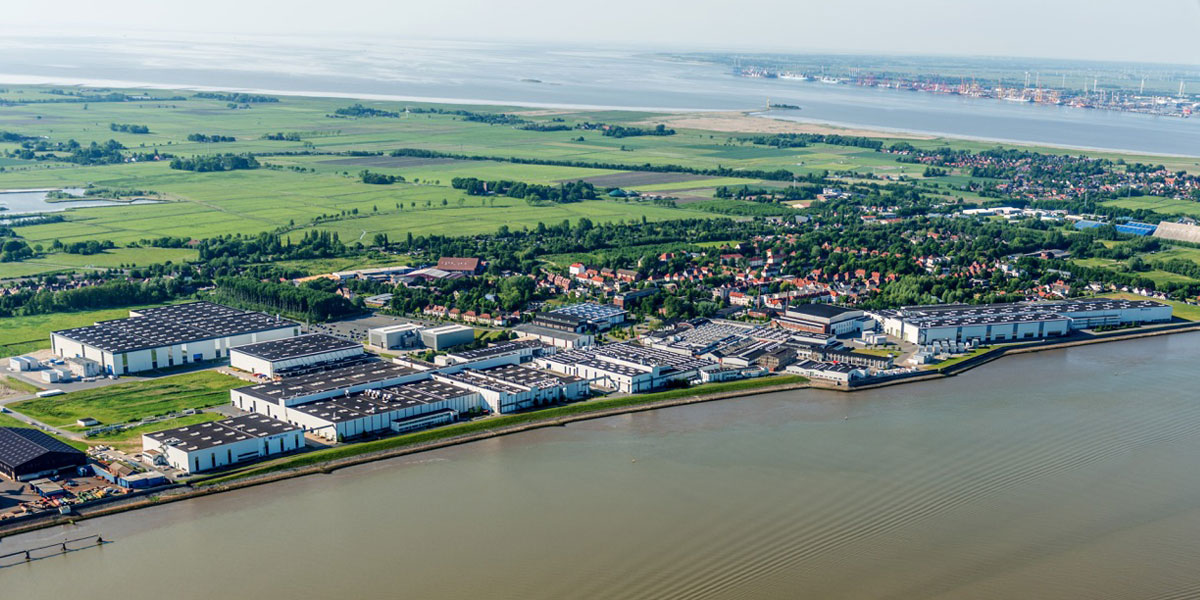 Automated and highly innovative production technologies enable the construction of components for the most advanced aircraft within a production area of around 600,000 square metres at the Nordenham plant. Every year, the plant turns out around 5,000 fuselage shells, some of which are shipped to our main customer Airbus in Hamburg by sea. This is a logistical advantage – and one to which there is no alternative when it comes to transporting large shells or fully assembled aircraft sections. The world’s most advanced automatic riveting systems are used in the assembly of complex fuselage shells, which sometimes even contain passenger and cargo door frames, so as to meet the high quality standards of aviation construction. The process of fuselage shell construction from metal and carbon fibre composites (CFRP) extends from shell production via galvanised surface protection to assembly.

Thus, for example, CFRP front fuselage shells, which are approximately 13 metres long, are not only produced but are also completely assembled in the A350 production hangars in Nordenham. A production building, 208 metres long and 78 metres wide, was built specifically for the production of large fuselage shells for the double-deck Airbus A380. Nordenham also plays an important role in military programmes, for example, by producing complex individual structural parts for the Eurofighter. In total 1.5 million individual parts and approximately 15,000 large components such as sections, fuselage shells and adhesive groups leave this plant annually. 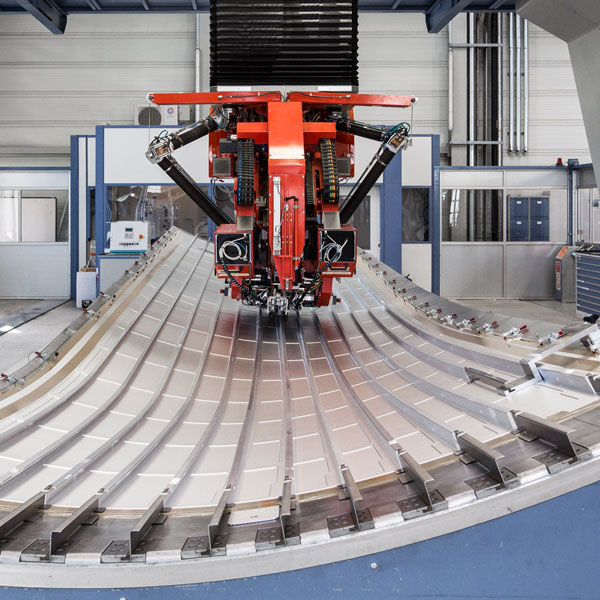 Other areas on which there is a technological focus at the Nordenham plant include profile forming, stretch forming of large metal structures as well as CFRP adhesive technology and adhesive metal bonding for all Airbus models. In particular, Nordenham is able to draw on many years of experience in working with carbon fibre materials as well as in adhesive technology.

For this, Nordenham employs laser beam welding technology, which offers production possibilities unique in Europe. This novel process, which replaces conventional riveting processes with aluminium alloys in some areas, was developed in Nordenham and implemented in series production for the first time there. For example, skin sections for fuselage segments of the Airbus models A318 and A380 are welded via laser here using this method. The total weld seam length for the A380 amounts to 1,400 metres per aircraft. This technology is about ten times faster than the comparable riveting process and helps to achieve significant weight savings. 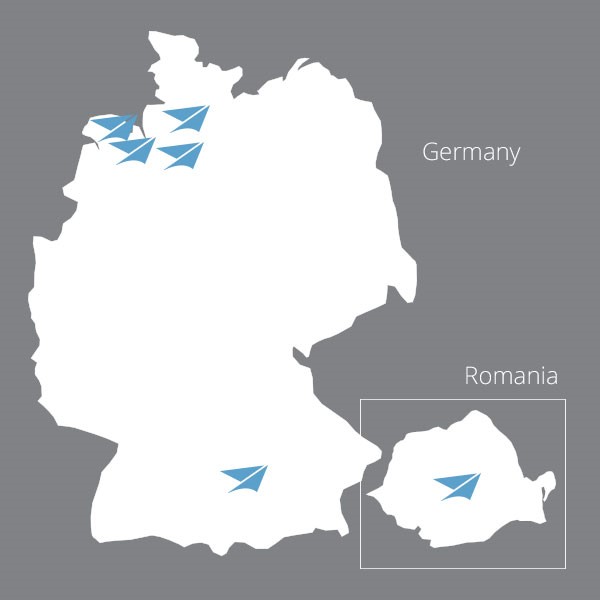